Known for centuries for its taste and stimulating qualities, coffee sometimes suffers from received ideas. In moderate consumption, coffee has many properties beneficial to health: improvement of memory, concentration and morale.

The caffeine it contains has mostly been associated with many physical virtues, including the possible decrease in the risk of Alzheimer’s and some cancers. On the other hand – like many products – consumed to excess, coffee can trigger an increase in heart rate, transient hypertension or nervousness. However, it would be a pity to miss the benefits of this when it comes from organic farming. Indeed, organic coffee preserves and relieves the body. Many people love coffee so much they even have their own home coffee roasters to roast their own coffee to the perfect taste they want.

The studies on coffee are as numerous as the number of addicts to this drink. The results are diverse, but an English study decided to sort through everything that had been said before. The result is quite surprising and rather reassuring if you are one of the millions of people who drink it every day. Coffee has more benefits than constraints on your body, under certain conditions.

The optimal dose of coffee is between three and four cups a day. This is the quantity for which the benefits are greatest. Beyond that, some risks exist.

The study is based on “healthy” coffee, that is to say pure. Sugar, milk, cream or accompaniments totally bias these results. The black coffee is also a drink that contains zero calories. It is also an excellent antioxidant. Let’s dive in some more!

1. Good for Heart Health
The moderate consumption of coffee, between two to four cups a day, can promote heart health. The moderate coffee drinkers have a risk of 20% less heart disease compared to those who do not consume.

Coffee increases blood pressure. At rest and provided you have not abused coffee, the heart rate decreases slightly. In any case, this represents a danger unless you have greatly exaggerated coffee.

The acidity of caffeine allows a better digestion after the meal. This factor explains why we are used to drinking after the meal. One of the side effects of this acidity is the risk of heartburn by drinking on an empty stomach in the morning.

2. Boost Energy
Drinking coffee can help us feel less tired as it increases our energy level. This is thanks to the stimulant it contains: caffeine, which is actually the most consumed psychoactive substance in the world.

3. Protects Against Alzheimer’s Disease
The Alzheimer’s disease is the neurodegenerative disease most common in the world. It usually affects people over 65 years old. Unfortunately, there is currently no cure. However, to prevent illness from occurring in the first place, drinking coffee can be incredibly effective.

Coffee reduces the risk of a large number of diseases: cancer of the prostate, throat, skin, liver as well as leukemia, parkinson and type 2 diabetes. Keep in mind that these results come from healthy subjects. In smokers, for example, the effects are less.

These results contradict the belief that for a long time attributed an increase in cancers among coffee consumers. Daily consumption of very hot coffee, like other beverages, remains a factor that can cause cancer of the esophagus.

4. Reduces the Risk of Parkinson’s Disease
Parkinson’s disease is the second most common neurodegenerative disease just after Alzheimer’s disease. According to studies conducted, coffee drinkers have a much lower risk of developing Parkinson’s disease, with a reduction ranging from 32% to 60%.

5. Protects the Liver
The liver is an amazing organ that performs important functions in the body. Several common diseases mainly affect the liver, including hepatitis or cirrhosis. It turns out that people who drink 4 cups or more of coffee a day have up to 80% lower risk of preventing these diseases.

6. Helps Burn Fat
Did you know that coffee was a slimming ally? Because of its high caffeine content, it contributes in a modest way to weight loss. Caffeine is one of the few natural substances that have actually been proven to help burn fat

8. Brake Depression
It seems that coffee prevents depression. Coffee consumption is linked to very low rates of depression among men and women. Caffeine activates neurotransmitters like dopamine and serotonin that control our mood.

9. Prevents Cavities
It is especially black coffee that prevents cavities. Researchers in Brazil have found that strong black coffee kills bacteria causing tooth decay. But you should know that the addition of milk or sugar cancels this advantage.

10. Replaces Daily Scrub
The coffee is a very good exfoliant. By mixing fresh or used coffee beans with coconut or olive oil, you can create a paste that will be similar to most facial cleansers found in stores. You will feel so good after!

11. Helps to Stay Awake
This may seem obvious, but you may be surprised by the effect that coffee can cure a sleepy person for a while. Indeed, it is so effective that the simple smell of coffee beans is enough to give most people a slight boost of energy

If coffee has energy, it also prevents sleep. Drinking this drink too late in the day does not allow for a restful sleep.

Caffeine delays and decreases the release of melatonin, the sleep hormone. She is in charge of the regulation of chronobiological rhythms and is synthesized during the night. Coffee disrupts this natural rhythm.

12. Make Hair Shine
Here is another benefit of coffee very interesting. The coffee beans have the ability to make your hair shinier, by exfoliating the strands and removing old hair products stuck on them. So, look no further!

13. Prevents Eye Diseases
Drinking a cup of coffee decreases the chances of losing sight and acquiring eye diseases such as glaucoma, thanks to an extremely potent antioxidant found in coffee. So put the carrots aside and take a cup filled with coffee instead!

14. Protects Against Skin Cancer
You can stay calm knowing that drinking your favorite caffeine drink reduces your risk of getting skin cancer. However, you should not stop applying sunscreen or take other precautions just because you are drinking coffee. 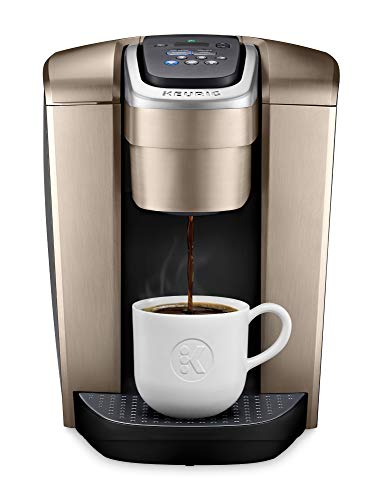 15. Improves the Quality of Your Naps
Having a cup of coffee just before a nap will make you feel full of energy after a nap without drinking coffee beforehand. It might seem counterintuitive, but believe us, it works!

16. Run Faster
It would also be beneficial to drink coffee an hour before a workout. This allows your muscles to better convert your fat into fuel, which means you’ll overflow more energy!

18. Strengthens Brain Cells
As a stimulant, coffee helps your brain produce more dopamine and adrenaline than usual. This can have a number of positive effects, such as improving your memory and reaction times .

19. Coffee Preserves Our Organism
Energizing and stimulating, coffee also contains antioxidants that would prolong the life of some of our vital organs. A Portuguese research suggests that drinking between two and three cups of coffee a day would be beneficial for people with kidney problems. It would also participate in the proper functioning of the liver and stimulate blood circulation. Drinking three cups of organic coffee a day would allow us to live longer and healthier.

20. A Natural Pain Reliever, Effective Against Headaches
An English study from Goldsmiths College London suggests that 250mg of caffeine (equivalent to a double espresso) could reduce pain. Indeed, caffeine is found in some anti-inflammatory drugs. In addition, the study reveals that in case of headaches drinking coffee is a good remedy (to be completed with paracetamol in case of strong pain). “Coffee caffeine has anti-pain properties. When you have a headache, and you want to take paracetamol, the idea is to take it with a coffee. This way, we will potentiate the effects paracetamol, “says Astrid Nehling, director of research at Inserm on Allodocteur. Say goodbye to your migraines thanks to caffeine.

21. Coffee Preserves Brain Deficiencies
According to the Coffee & Heath Institute, coffee preserves our brain from inflammation in the brain and slows the deterioration of brain cells associated with memory. As a result, drinking coffee regularly and without excess would reduce the risk of developing Alzheimer’s disease by 20%. Coffee is therefore a good ally for our cerebral health.

22. It Relieves Muscle Pain As Well
This is good news for athletes! According to a study from the University of Illinois, coffee would relieve sports pain during exercise. Indeed, as we saw earlier, caffeine acts on the neuromodulator system of adenosine (pain). What reduces has the effect of muscle fatigue during the effort. Drinking a cup of coffee an hour before a sports activity would make it less painful.

Coffee is a drink that reduces the risk of depression. At the time of drinking, dopamine is released in the body, it is the pleasure hormone. This explains the happiness that some people experience when drinking coffee. And the sense of dependence that can be felt by others.

Coffee is best known for giving energy, this is true in the brain. 20 minutes after drinking coffee, memory and the brain are stimulated. The pupils also dilate. A boost of energy takes place, but beware of the blow of fatigue when the effects disappear.

23. Helps to Prolonged Live
Since coffee drinkers are less likely to get many diseases, it makes sense that coffee could help you live longer. Indeed, it has been proven that coffee consumers have a lower risk of death.

24. Reduces the Risk of Cancer
Cancer is one of the leading causes of death in the world and is characterized by uncontrolled growth of cells in the body. Coffee seems to protect against two types of cancer: liver cancer and colorectal cancer. Drink four to five cups of coffee a day and you will be less at risk from these diseases.

25. Reduces the Risk of Type 2 Diabetes
The Type II diabetes is a health problem that currently affects some 300 million people worldwide. It is characterized by high blood sugar levels. One of the unsuspected virtues of coffee is to present a significantly reduced risk of developing this type of diabetes.

26. Makes You More Sociable
Yes, it’s not just alcohol that makes people more open to social interaction. Coffee can also make you as talkative as alcohol! This is an effect that surely benefits health, especially that of people who are more introverted.

27. Protects Against Gout
Being regularly consume coffee, and decaffeinated coffee was associated with a decreased incidence of gout. Gout is the most common form of inflammatory arthritis in adult men. One more reason to increase our dose!

28. The Greatest Source of Antioxidants
For those who want to lose weight, know that coffee is the healthiest food during a diet. This is because coffee contains a massive amount of antioxidants. It would even seem that more antioxidants can be obtained from coffee than from fruits and vegetables combined.

29. Rejuvenates Body Cells
The virtues of coffee have an incredible effect on time. Because it can make you look younger, physically and mentally. Indeed, coffee consumption helps your body fight all the effects typical of old age, such as the decline of reflexes and the deterioration of memory.

30. Makes Every Morning Better
Nothing beats a good cup of coffee when you wake up! It is little to say, the e coffee contributes significantly to making our best mornings! Now you know that coffee has a whole list of health benefits, from improving our intellect to reducing the risk of acquiring a number of different diseases.

It is not always a perfect drink.

The coffee could increase the risk of fractures in women. But this analysis remains to be proven, because women would already have a greater predisposition for this type of risk. During pregnancy, a significant amount of coffee can have negative effects especially on the child.

How many cups of coffee you drink per day? Let us know in the comment below! Also, visit our homepage of product reviews to read more great articles.